“Her beats stomp and her melodies are dark. When she slows it down and adds a vocal, like on the recent collaboration with vocalist Delaney Jane, ‘Lost,’ the effect is something between trip-hop and darkwave. Add to that Rezazadeh’s mixing style, linking tracks together by ambience rather than beat, and her sound is more Nineties goth/industrial club than Saturday night on the PLUR circuit.”  -Liz Ohanesian, THE VILLAGE VOICE, 2/4/16

Niagara Falls, Canada-based rising female DJ/producer REZZ announces her first-ever headlining tour in support of latest EP The Silence is Deafening out now via deadmau5’s mau5trap Records.  Kicking off this Saturday, May 14 at Wav Nightclub in Atlantic City, NJ, the “Rezzurection” tour moves along the east coast with headlining dates in Atlantic City, NJ and Washington, DC before moving west with shows set for San Francisco, CA and San Diego, CA, among others.  In addition to her headlining dates, Isabelle Rezazadeh aka REZZ also has confirmed performances at major North American festivals, including Movement in Detroit, MI; Mysteryland in Bethel, NY; and Camp Bisco in Scranton, PA.  Full tour itinerary is below.

At only 21-years-old, REZZ‘s unique spin on underground techno has caught the ears of many key tastemakers in the dance music industry, including legendary DJ/producer deadmau5 who recently released The Silence Is Deafening on his own imprint, mau5trap Records.  The four-song EP includes single “Lost” featuring Delaney Jane.   Writes Lucy Davidson of Dancing Astronaut(1/20/16), “Toronto-based singer songwriter Delaney Jane provides the haunting vocal topline, accompanied by the heavy bassline, prickly synths and minor chord progressions that imbue REZZ’s productions with her signature eeriness. “Lost” is perhaps her most-radio friendly track to date, but retains all of the unique production elements that have quickly built REZZ a devoted fan base.”  Other tracks on the EP include instrumentals “Edge,” “Methodology” and “Delusion.”

Her sound is as unique as her live show experience, where she is gaining a cult like following with every passing show. Having already garnered so much attention including being named in Billboard’s ‘Dance Artists to Watch in 2016’ and Dancing Astronaut’s ’25 Artists to Watch In 2016,’ as well as support from MTV, Magnetic, LessThan3 and others, the stage is set for REZZ to explode around the world.

“REZZ’s opening, heavy dub-filled set was a complete crowd pleaser. All were head-banging and shuffling to her crashing bass lines all throughout Bijou, bringing something new and different to the club.”

“Rezz was the ultimate surprise as I fell in love from the minute those beats hit the dance floor.”

-Nick Pesavento, EDM ASSASSIN, 1/25/16
“REZZ properly warmed up the dance floor with her industrial, dark, techno original mixes.”
-Aviva Sun, FESTIVALS FOR LIVE, 1/27/16
“We could tell that [Destructo] really showed REZZ the ropes of touring as shown in her maturity as a DJ. The crowd quadrupled as soon as she started spinning, and she quickly heightened the atmosphere with her hard-thumping basslines. The pivotal part of her performance was when she dropped tracks from her new EP, which was released on mau5trap only two days before the SD show.”
-Ivan Chung, THE MUSIC NINJA, 2/2/16 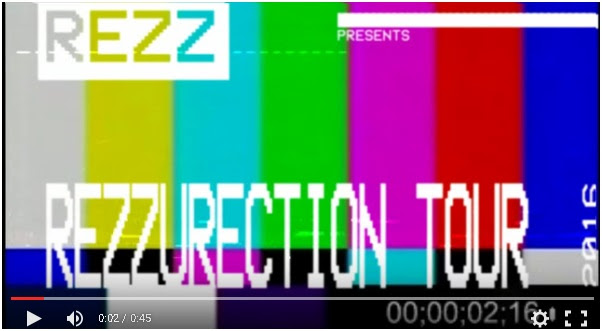 For more information on REZZ, go to:

In the "scene" since 1998. Writing to spread the word since 2002. Student of Journalism, parenthood and life. Music is the universal language. I like moist things.

To infinity and beyond with Notaker

Here Are The FMF Top Picks For the...

Steve Aoki and Louis the Child to Headline...

Relentless Beats and Chico Malo Announce “In The...

Electric Zoo 3.0 Has Dressed Its Lineup To...

Deadbeats Arizona Returns to the Valley of the...