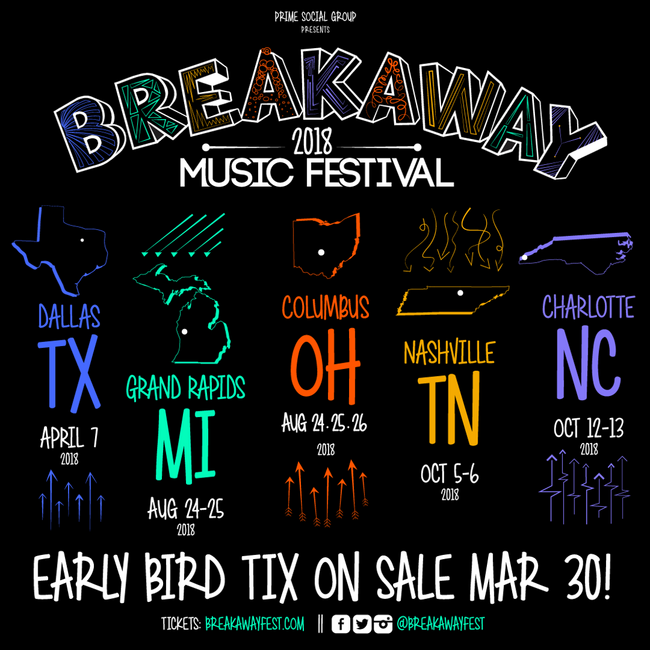 Today, Prime Social unveils their 2018 Breakaway Music Festival Calendar for 2018 year. The festival will begin in Dallas TX, Grand Rapids MI, Columbus OH, Nashville TN for the first time, then end at Charlotte NC. The festival has extended its days from Charlotte to a 2-day festival and Columbus turning to a 3-day festival.

Prime Social Group has been making waves in the festival promotion scene with it’s unique and stacked lineups it’s become known for. PSG has been consistently bringing some of the biggest heavy hitters in Hip Hop and EDM.

After just four years, Breakaway Columbus has grown into a large-scale festival home to over 25,000 attendees, which has inspired us to spread the festival brand to other markets. Every city could use their own festival to call home— we’re really excited for what the future looks like,” Managing Partner Adam Lynn explained.

Breakaway Music Festival has featured hip hop stars like Grammy-Winner Kendrick Lamar, Chance The Rapper, Lil Uzi Vert, and Travis Scott. Bringing up and coming rap talent as well in Desiigner, D.R.A.M, Blackbear, Lil Yachty and the list goes on and on.